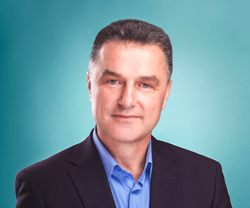 The mayor is responsible for timely submission of data, files and documents, when required by the competent authority of the Republic, which supervises the operation and acts of the executive authority of the City and the City Administration.

Nihat Biševac, was born on January 9, 1964 in Novi Pazar. He graduated from the Faculty of Economics in Prishtina. During his career he took responsibility for several positions, namely: Professor at the Economic Trade School, Director of the Sports Association of Novi Pazar and Director of the National Employment Service. There he showed great expertise and management capabilities, especially in terms of organizing work and conducting various projects. Nihat Bisevac gave very significant contribution to the field of sports. He received the title for the sportsman of Novi Pazar in 1989. After his active career in sports, Nihat Biševac contributed to the popularization of positive values in society through his commitment and activities in direction of affirmation of sport among young people. His initiative and incentives are responsible for the construction of mini-sports grounds network throughout Novi Pazar.

He is a longtime member of the Sandžak Democratic Party. Married, the father of two children. 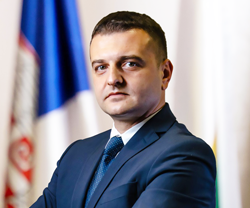 Born on October 24, 1984 in Novi Pazar. He graduated from the Faculty of Trade and Banking with a master's degree, which earned him the title of master of economics. Since 2013, he has been working in the Public Company for Development of Construction Land "Novi Pazar" in the position of Executive Director.

ASISTANTS TO THE MAYOR

By the decision on the organization of city governments it is anticipated that the city governments can appoint assistants to the mayor for certain areas (economic development, urban planning, primary health care, agriculture, environmental protection, transportation and other areas).

Assistants to the Mayor undertake the initiatives, propose projects and give opinions on the issues of importance for the development of the city, in areas for which they are appointed and perform other tasks stipulated by the decision on the organization of the city administration.

Assistant Mayor is appointed and dismissed by the Mayor.

The city governments can appoint up to five Assistants to the Mayor appointed and dismissed by the Mayor.

Assistant to the Mayor in charge of the field of infrastructure, agriculture and water management

Assistant to the Mayor in charge of the field of manufacturing industry, trade, construction and transport